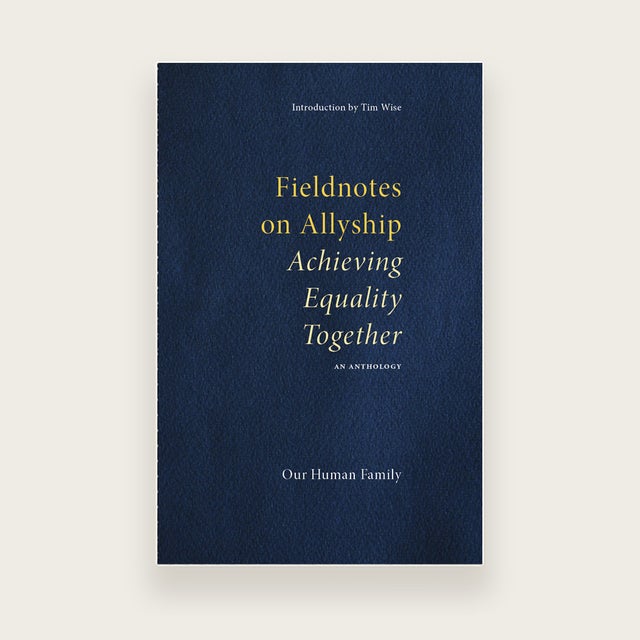 In the aftermath of the murder of George Floyd and the routine killing of Black Americans, unprecedented numbers of people are participating in peaceful marches and demonstrations across the United States. There are many more who want get involved, for whom demonstrations are not an option. And they’re unsure what to do.

Fieldnotes on Allyship is an informal and informative guide to becoming an effective ally right where you are. Written by eighteen authors from the U.S. and around the world, this collection of essays covers four areas: 1) a history of how we as a nation got here, 2) the forces that maintain systemic racism, 3) preparing to serve as an ally, and 4) serving as an ally.

This anthology, with an introduction by anti-racism educator and author Tim Wise, presents a different way forward: a vision in which we acknowledge, support, and celebrate the humanity in all of us.

Read an excerpt from Fieldnotes on Allyship.